Cloud-based load testing is the process determined by speed, effectiveness, efficiency, reliability, reliability, and scalability of networks, systems, and applications.

with on-demand availability of resources like data, storage, and processing without the limitation of location courtesy of internet connectivity.

I will list down the cloud-based load testing tools in an order I deem relevant considering factors like; interoperability, sustainability, cost-effectiveness and ease of use.

WebLOAD is a testing tool for web applications for large enterprises with complex testing requirements and heavy user load.

It is flexible to use, and one can decide their testing features. WebLOAD presents an in-depth analysis of the web applications by pointing out issues that stand in the way to achieve maximum load and response.

WebLOAD has adverse support for different technologies including enterprise apps and has in-built integration with Jenkins, Selenium, just to name a few.

The analytics with more than 80 configurable templates for root cause analysis that can be shared across distributed teams. WebLOAD supports windows and Linux servers.

It replaces emulators with real browsers and does get actionable metrics at Ninja speed. With distributed teams, testing easy and quality meets the standard without forgetting the fact that its hosting is in a cloud.

Follow this Link for more details about this awesome load testing tool.

StressStimulus is one of the load testing tools for mobile, websites and enterprise applications. It can be able to determine web performance and applications during heavy traffic. 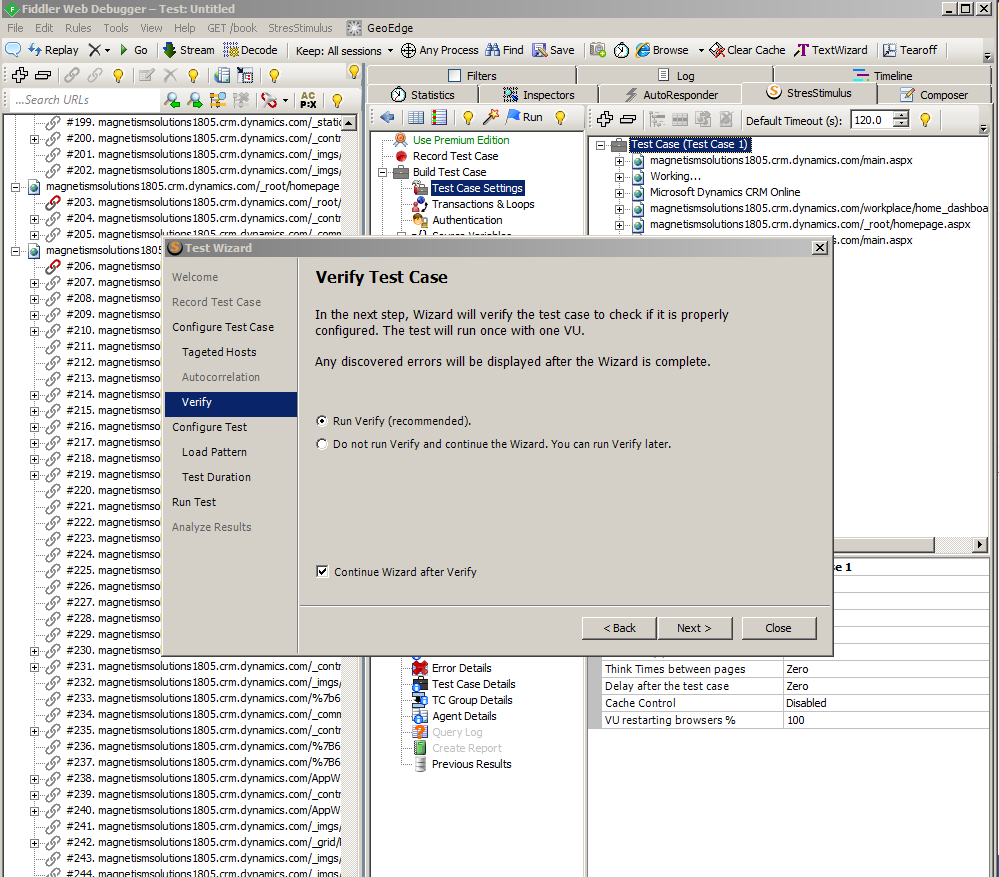 The real physical users are emulated by on-premise load generators and the cloud testing environment to enhance comprehensive monitoring and real-time information to allow ease of eliminating speed issues.

StresStimulus has an end-to-end test wizard that aids in recording, configuring and test execution.

Click  StressStimulus for more about this cloud-based load testing tool.

Flood is a distributed and cloud load testing platform that is used by teams to test, analyze and improve the seamless scalability and integration across the DevOps. With Tricentis Flood, you can confidently achieve a continuous view of application performance. 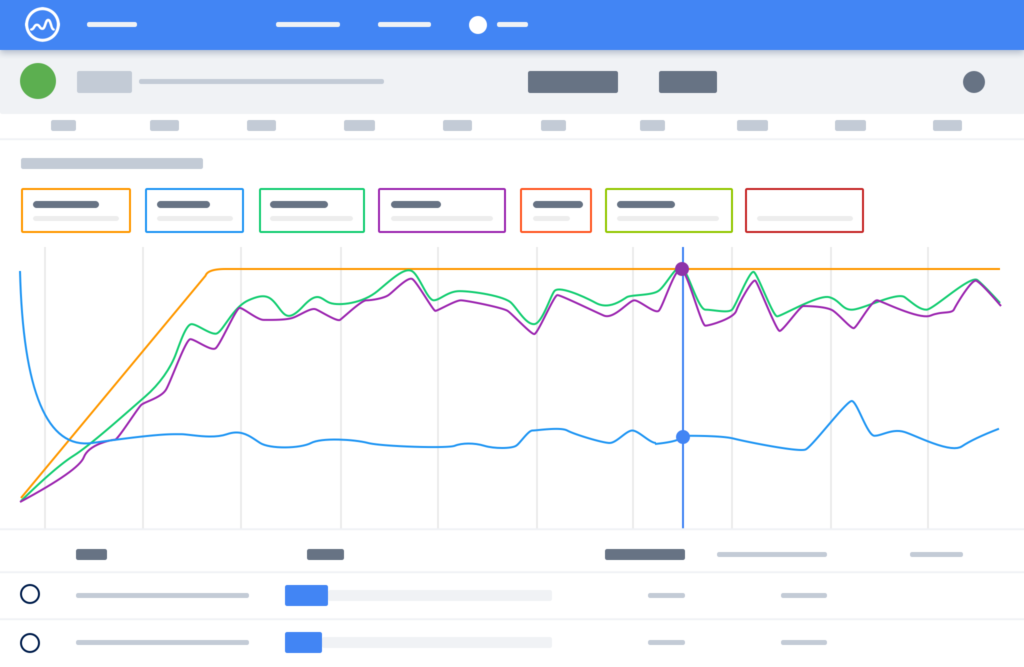 It has real-time load testing due to its ability to support the integration of CVS and JSON. Flood comes with Typescript that gives inline documentation and script validation.

Loadster is a desktop based HTTP load testing tool. The loadster simulates thousands of users to pinpoint performance bottlenecks. 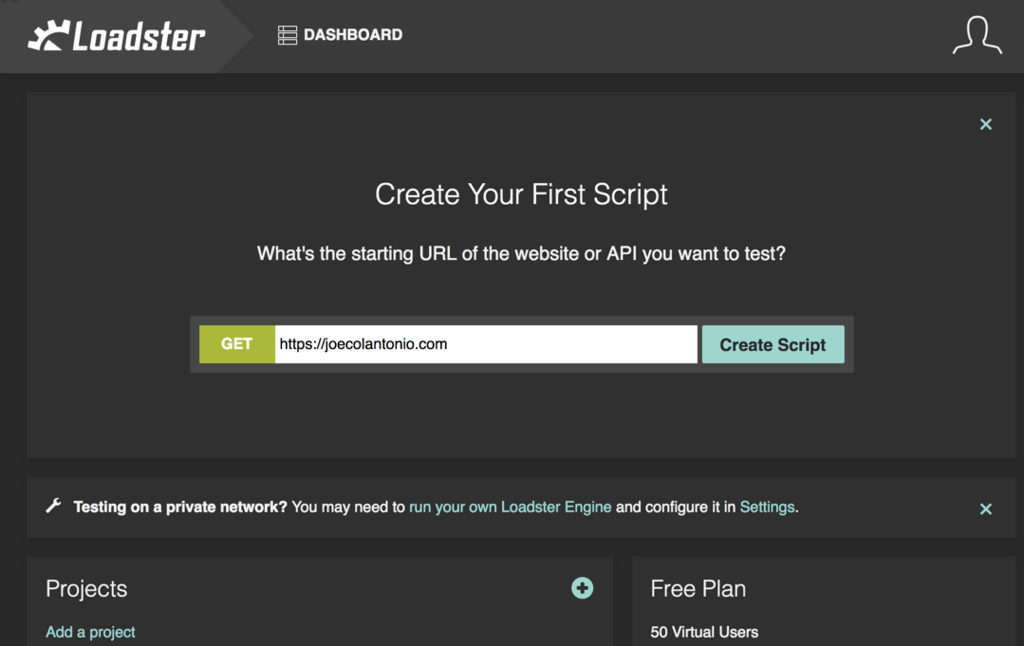 Loadster generates loads from 15 cloud regions and at the same time you are able to self-host engines, therefore suitable for both public and private sites.

Loadster runs a massive load test in 2-3 minutes by launching up to 6000 virtual users.

LoadUIPro is (a product of SMARTBEAR) which features intuitive capabilities that help its users deliver scalable APIs. 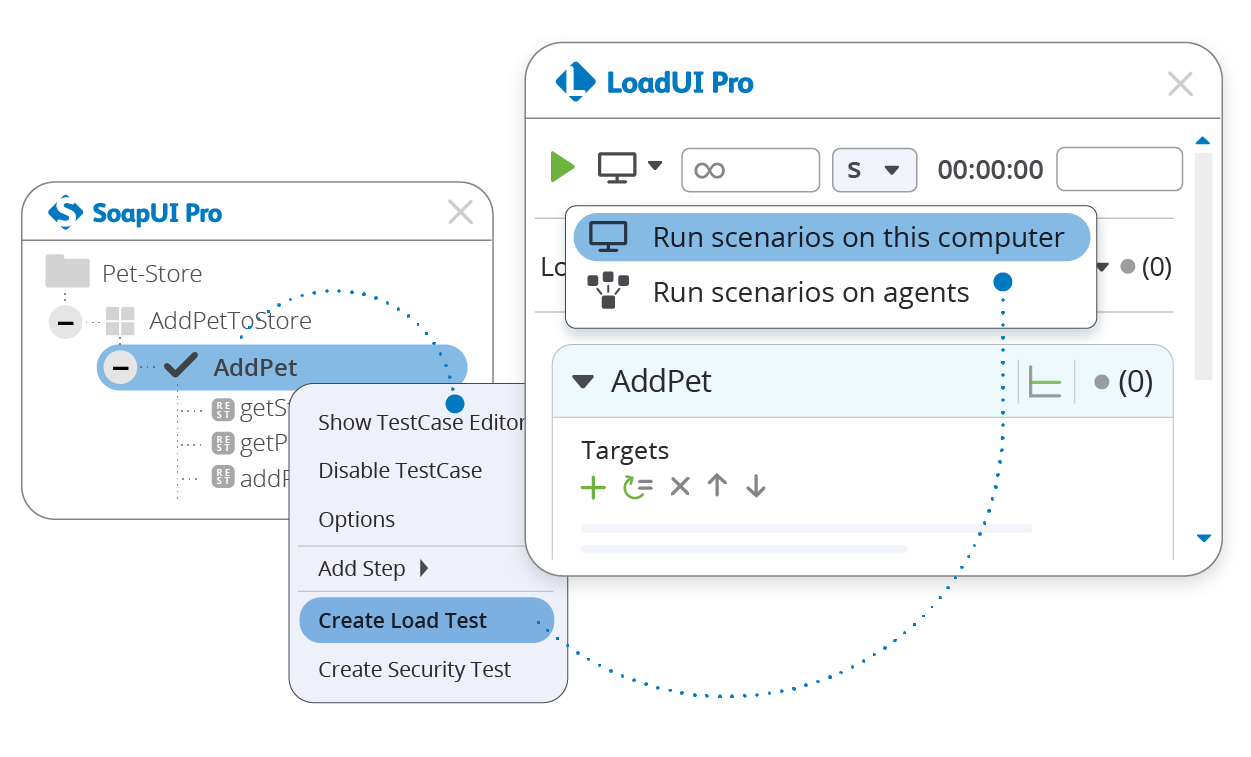 It has re-usable functional tests in using existing test cases for load tests, hence there is no need to define test cases from scratch, thanks to the pre-built load testing templates because it enables one to make endless testing strategies on systems.

With LoadUIPro you can be able to perform parallel load testing by simulating multiple patterns of traffic which is synonymous in the real world API usage, the different patterns designed can be orchestrated simultaneously to build an aggregate lead that will ensure that systems endure extreme ends.

NEOLOAD is a load and performance testing software used to measure and analyze website performance. The analysis report can be used to render improvements in web applications. 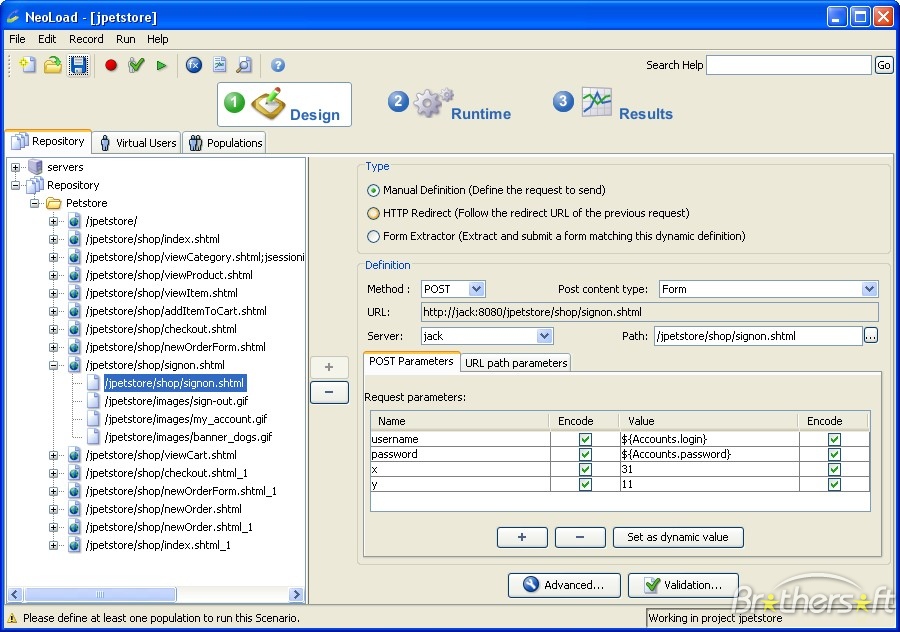 By increasing traffic during test time, one is able to monitor and enumerate the website performance under heavy load so that you can determine the amount of traffic your web application can handle at one time before it reaches a breaking point.

NEOLOAD is the only testing tool that has proved to be faster, powerful and realistic for both cloud-ready apps and enterprise apps. Automated load testing execution with server integration is a great feature in NEOLOAD I would say.

Developed some interest in this tool? Don’t hesitate to click the following link to explore more on
NEOLOAD

Do you have cost metrics in mind? Looking for a pocket-friendly and easy to use? Look no further! Make a one-stop shop at LoadComplete, I promise you won’t regret. LoadComplete is convenient, performs realistic load tests on websites and web apps. 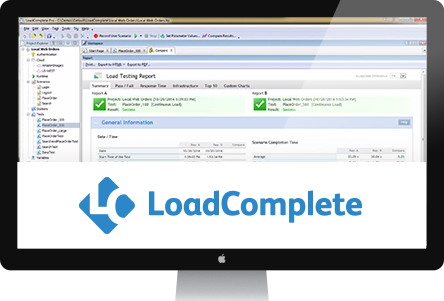 It has the capability to monitor web servers’ performance under heavy load to determine robustness and scalability. It gives in-depth reports and analysis to the end users.

You require Amazon web services in order to perform load tests on cloud computers. Any number of virtual users can be assigned to Amazon machine images and then LoadComplete will automatically launch the number of instances needed.

LoadRunner supports a wide range of applications, thus reduces the need for time and skills required to simulate the real user transactions.

With continuous testing, one is able to integrate load testing tools into your development environment like; IDE, nUnit, jUnit, Jenkins, Selenium and MS Visual Studio.

Jmeter scripts can run on LoadRunner version 12.55 or later and can be integrated with additional script types.

With the LoadRunner, you can see the root cause analytics seamlessly on real-time performance monitors. They employ a software testing technique to test and compare the actual outcomes with the expected results.

In addition to that, the LoadRunner community team continue to release driving features that make performance testing agile, flexible and assist in continuous improvement. They really work hard to provide quality and up-to-date products.

WAPT is a tool for testing websites and intranet application performance. This tool analyzes performance by measuring on a scale the output of any web application. 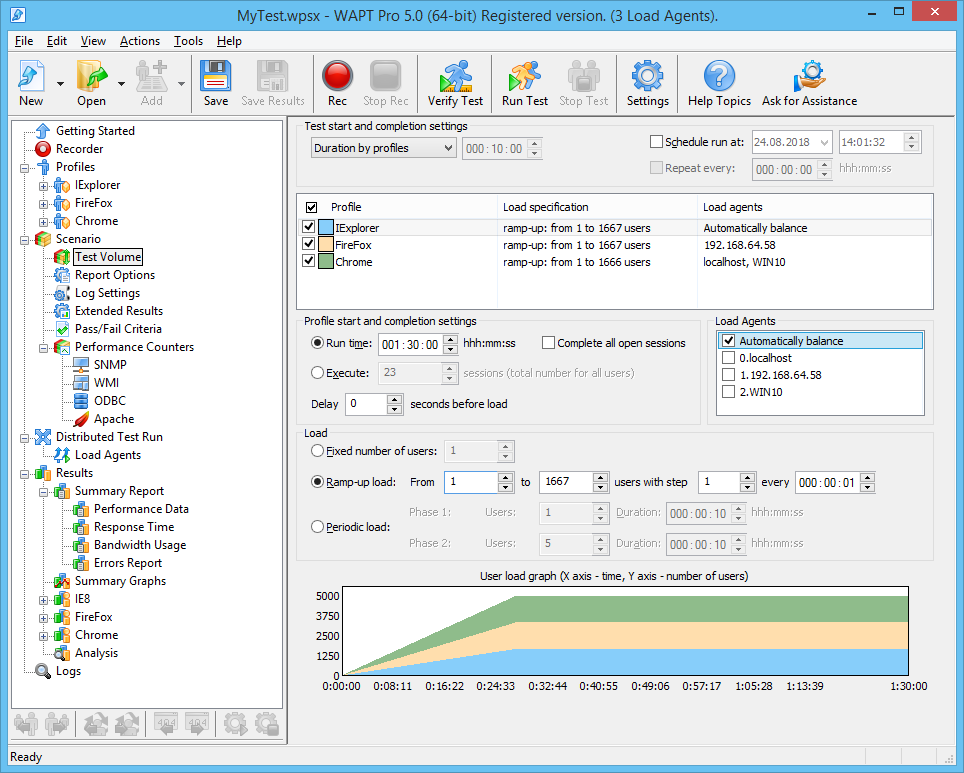 It also provides detailed information relating to users and output during the load testing process.

WAPT is a cost-effective way of analyzing the performance of a web server, without forgetting its ability to check for compatibility with operating systems and browsers. In short, I can say;

Go to WAPT for more

It is an automated software testing technique use to test and compare the actual outcome of a test process with the expected outcome/result performed on any web app, website, and other user interfaces. 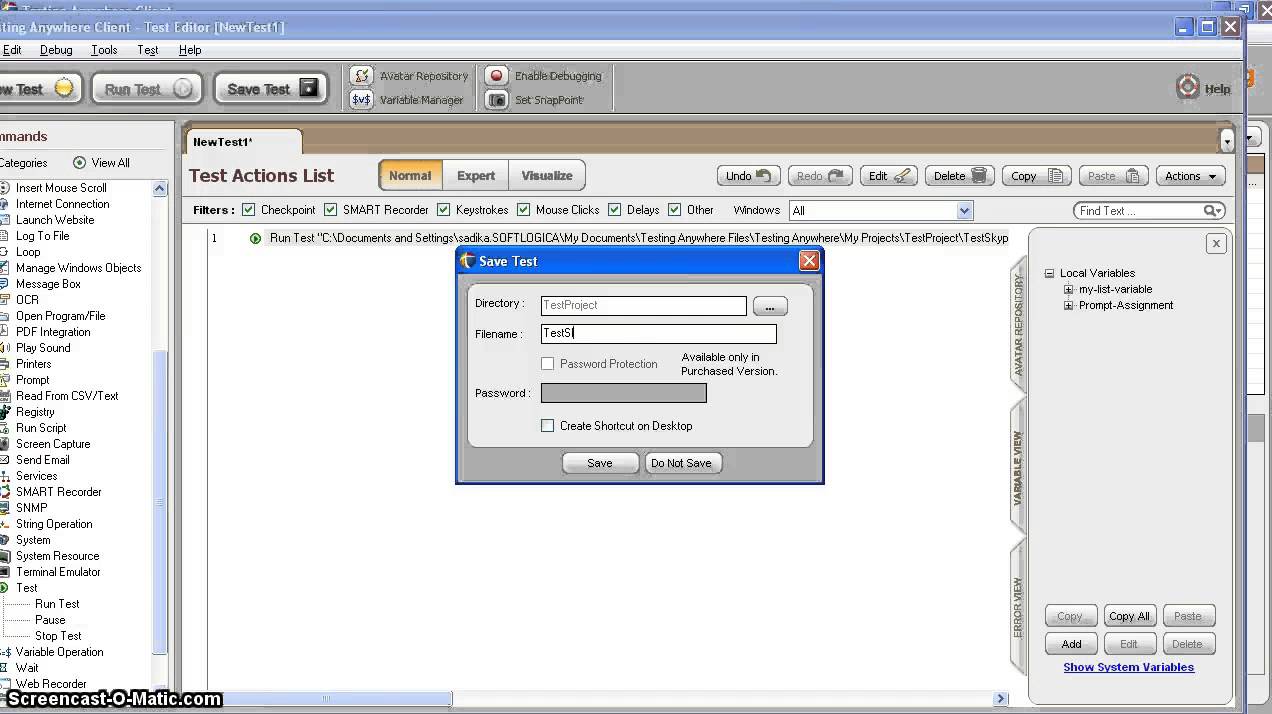 It is basically windows based testing tool hence it works on all windows versions of operating systems. The test procedure is a five-step simple and easy to follow.

It is a distributed performance testing platform for APIs, it manages the overall test lifecycle in servers by creating performance tests, running these test to viewing detailed and highly informative live reports.

Java platform open source load testing tool. It has the ability to be boarded onto a server or network to check performance and perform analysis under different conditions.

It was initially introduced to perform tests in web applications but it has since then widened the scope. It has a focus on testing the functional performance of resources such as Servlets, Perl scripts, and Java objects. It only runs of Unix and Windows operating systems with a JVM higher than 1.4.

It is an enterprise-grade application and website load testing. What it does is; identify performance bottlenecks and test scalability.

Can perform tests to the tune of 2m+ concurrent users in over 50 network locations worldwide. Easily integrated and on-demand testing throughout the development cycle. Apica supports a wide range of apps and devices
Apica

I would wrap up my list of 15 best cloud-based load testing tools with LoadStorm. It is easy to use cloud load testing solution and a cost-effective way to load test web and mobile apps.

Consult with Loadstorm engineers for a better experience in your simple to complex implementation for a better way to understand the crush point of your application in an easy and cost-effective way. Find out more about LoadStorm  here

Top Docker Alternative to consider in 2023

A Comprehensive List of the Best Docker Hosting Providers

5 Reasons Why should Consider NVMe Hosting

How to Stop Worrying About Cloud Security