Frameworks, in general, make it easy for the programmers to make use of particular programming language thus, making the application more responsive.

JavaScript framework is such an application framework written in JavaScript where the programmers can manipulate the functions and use it according to their convenience.

Sometimes you find the error message on your screen regarding such as ‘Unable to load example.js’ or any other JavaScript error regarding version control, these vulnerabilities come under JavaScript Unit Testing.

It is the most popular testing framework that supports backend and frontend testing.

It is a flexible base for developing tests as you need. It runs the tests asynchronously on the Chrome v8 engine or any other browser.

It is a user-behavior mimicker that allows you to perform test cases similar to user behavior on your website.

Further, it is useful for a testing frontend for visibility, click clarity as well as the responsiveness of the UI in different resolutions.

It is a minimalistic light-weight testing framework that leverages asynchronous nature of Javascript.

It is one of the most popular frameworks that is maintained regularly by Facebook. Most noteworthy, it is a preferred framework for the React-based applications as it requires no configuration.

It is a productive testing environment that supports all the popular test description framework within itself.

It provides your application with  the support to execute tests in different environments.

It has wide support for executing tests on different devices and applications.

It is similar to AVA in its architecture. It does not support globals, hence it doesn’t pollute the global environment and hence, you need to include Tape in each test file.

The continuous integration and automated testing framework for JavaScript are developed based on NodeJS. But the users can run Nightwatch against Selenium WebDriver Server.

It makes it easier for JS programmers testers to write test scripts by providing simple syntax. The testers can use Nightwatch to write tests quickly with JavaScript and CSS.

Cucumber is among the best JS testing framework, especially for behavior-driven development.

Usually, it operates by defining the tests in Gherkin form. Thus, making gherkins executable by triggering them to code.

Gherkin is the Domain Specific Language used in running Cucumber tests. Secondly, it allows for test scripts to be written in a human readable format.

It is an exciting testing framework that practically runs on the browser. 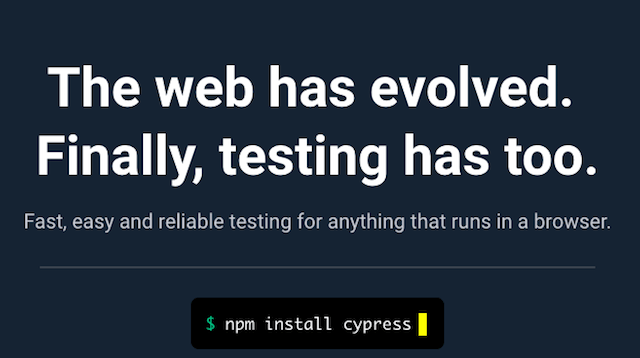 It is an excellent test execution framework built by a team at Google. It provides a headless chrome API for NodeJS applications.

It is a framework that focuses on behavior-driven testing. It can be used in parallel with any other framework.

It has been around for quite a while now and has evolved with the evolution in Javascript standards.

It is a powerful testing framework dedicated to using the frontend. It is the first choice by developers of the JQuery, JQuery Mobile and JQuery UI libraries.

Selenium is an automated browser web testing Java tool. Most developers use this tool to test frameworks in large-scale web application testing. Web-based administration tasks can also be automated.

JUnit is a framework that helps write repeatable tests. It is considered to be one of the top testing frameworks out there.

Mockito is one of the developer-favorites when it comes to Java mocking frameworks. It allows you to write tests with a clean and simple API.

You will agree with me that unit testing is essential to ensure code changes don’t break the application, and it works as per business requirement.

One should feel pretty confident in choosing any of the above.

However, the choice should depend on what you and your particular project want or need.

You feel to share this article with your friends or refer them to this page for related articles.